I first heard about the DKP Open Beta testing on XDaiChain via Dao Square’s shared twitter announcement. At first glance I feel like it was just another NFT gamefi project trying to ride this current crypto run’s hype. But who cares? Who doesn’t want to try to use and test a product at its very first inception before the public does? So, needless to say, I did tried to test the product. Hurriedly, logged my metamask via XDaiChain at DKP TestToken Faucet to get some supply of the intended testnet tokens. Right at that very moment, I feel like I already liked the project and the idea of the developers have (I really am not sure if it was the dev, or it was their brilliant marketing strategist on the chair, could be) I was captivated by their test net tokens name and symbol

Right after I proceeded to the steps, continued to their official webdapp at DKPool. From there, I was able to successfully stake JTT for the DKP1, and ATT for the DKP2. The first DKP was obtainable right after you donate your JTT. I am not quite sure what is the idea of this donation in their mainnet launching as I’ve checked, it is not a staking but really it is a donation as you cannot withdraw your given tokens. Maybe, the team won’t be having enough token allocations for the JTT thing or whatever will that be on mainnet, so they would need the community to help build up the DKP, or I am wrong and there would be nothing like it at mainnet launch. Anyway, whichever might be the case, I was successful at the donation task with no errors 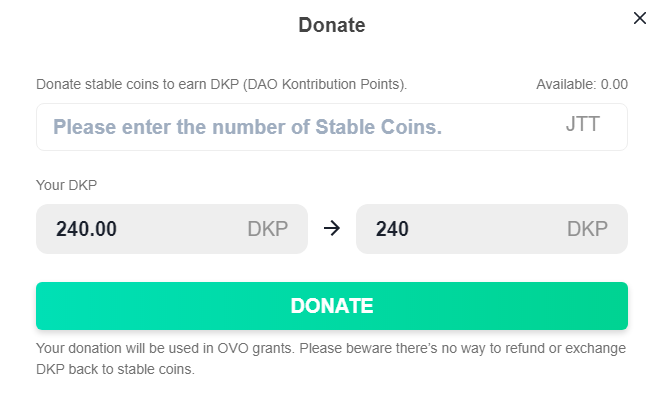 Next is the ATT token staking task in which the system will linearly generate DKP 2 supply for you according to your staked ATT overtime. In return, you can claim the DKP branded dragon NFTs outlined below I was able to successfully generate DKP2 overtime since they have provided the means to acquire more ATT from the faucet which is 5000 ATT every week that you can stake in addition to your staking (this got 10,000 ATT at the last weeks I was on the beta), however, one thing I noticed is that the rewards are so limited, very limited in the sense that there are mostly 500 editions of it available for all the testers, which unfortunately, caused me to not be able to claim one of those because of time restraints. In whole honesty, I was thinking about there might be some cheaters claiming the rewards quickly but I figured I was wrong, as I investigated that the amount you can get from the faucet is limited, even when you transfer some ATT to another will not help you cheat because the staking pool has its limitations also. You can only stake 5000 per week at maximum. So, another point, I was relieved and though I have not had the chance to claim one of those dragons (which I really really really wanted to have) I still am proud of the DKP team’s enthusiasm over the measures they took to protect the system from abuse. Kudos!

Finally! At my final week on the Open Beta, the last claimable reward was the Dao Square thing at the bottom which requires DKP1-240, and DKP2-20,000. I quickly withdrew my farmed DKP 2 and claimed! Honestly, if so it happened that the last thing claimable had no DaoSquare name, logo and mascot in it, I’d be furious in the discord channel From there that concludes my experience and difficulties concerning my time participating the DKP Open Beta testing phase. On behalf of the community I am in, I would like to heartfully and earnestly request the DKP team to provide a dark mode set-up view for my eyes.

I wish the team success and I like your ideas. Again Kudos!

It’s a great sharing. Many problems were exposed during this test. We will continue to iterate and optimize the product in subsequent versions. Thank you very much for your support!